This is a beta version of lithfix. This is intended as a global fix for various aging issues in LithTech engine games. Currently releases are made for individual games.

Remove any custom rez files you have enabled, and add in "-rez lithfix" to your advanced command line in the launcher. (Don't include the quotes!)

Important Note: Windows Defender doesn't seem to like Cshell.dll and is reporting a false positive on some machines. This file injects its own functionality into the game code (CShellReal.dll) using Microsoft Detours. Odd that Windows Defender would be picking this up especially since I'm using a Microsoft library to do all the tricks needed to make this stuff work, but it is what it is.

This project is open source so you can always view the source code (and build it, if you know how!)
https://github.com/haekb/LithFix

Features
-----------
- Replaced Mouselook code, so it's as silky smooth as NOLFM!
- Mouselook code supports mouse sensitivity
- Added a framerate limiter (60 fps is all you need!..otherwise bad things will happen.)

This uses the `WidescreenGOTY` patch as a base, and basically replaces lithtech.exe code to fix things like mouse look, and add a framerate limiter.

(This release is an alternative to my NOLF modernizer mod.)

This uses the base Shogo DLLs as a base. Fixes up mouse look, and adds a frame limiter.

NOTE: I can't seem to launch SHOGO anymore...so I can't compile a new version of lithfix to test it. Apologies! SHOGO will be on the original Lithfix Beta 1 until I can resolve this issue.

This uses the base AVP2PH DLLs as a base. Fixes up mouse look, and adds a frame limiter.

This should be speedrunner friendly, as it won't change any RNG/randomness/broken things that break as you expect them.
Enjoy!
-Jake
https://haekb.itch.io
https://heythere.coffee/nolf

Note: If you have any crashes on startup you should try disabling movies (or logos) from the launcher's advanced options!

Place all files in your game directory, remove any custom rez files you have enabled, and add in "-rez lithfix" to your advanced command line in the launcher. (Don't include the quotes!)

If anyone wants to use the Shogo widescreen patch with this fix, grab this file.

will it work with Sanity: Aiken's Atrifact?

Any chance this could work with Sniper: Path of Vengeance? Been trying to find if that version of the Lithtech engine brings up options to disable Vsync in fullscreen, as someone recently discovered this game to be the rare Lithtech engine game to not go nuts with an uncapped framerate.

Can you make this Fix Work with AJLMod? [AJL R2/R3/LAB]

Hello and thank you for your work. I have some problem in AvP2 with mouse fix, its fix zig zag problem well, but ingame sens is very slow and ingame mouse options dont do any. I saw same problem down here in comments. Any solutions?

Hello! I was wondering if there's a possibility of support for Blood II? The game could use some of that mouselook code used in shogo perhaps?

Hello, I'm having a problem, If I try to start a level the game crashes, I don't know what might be the cause but I think that the problems are the cutscenes, because If I load a save it works perfectly, how do I fix?

Unfortunately I can't seem to get the AVP fix to launch with the dgvoodoo2 directx wrapper. dgvoodoo2 allows me to run the game through my laptops dedicated gpu and 2x upscale the game for a readable hud.

The only issue I have is with mouse vertical aiming - is there any possibility to get a version of this patch that only addresses mouse look? I can limit the frame rate through nvidia control panel.

That's unfortunate! There shouldn't be any incompatibility, but I guess there is.

You could try the Master Server Patch, I believe that's the only fix made for the game at this moment.
https://avpunknown.com/avp2master/downloads.html

Hello, I've downloaded the AVP2 fix but the mouse sensitivity is too low, is there any way to change it?

Hey my dude! Is there any way i can change the FOV of Shogo: MAD with your config? The mouse fix is great but I'd love to change the FOV.

If i have to use the FOV Fix, which i am. Your Fix doesn't allow both of which to be used at the same time. Thus breaking the FOV Fix. 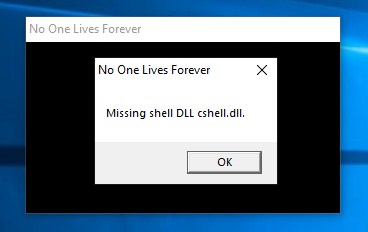 That error message usually means that something Cshell.dll tried to load isn't there. (It's a confusing error I know, I can't change it, Sorry!)
Make sure all the files/folders are extracted into your NOLF directory. (SDL2.dll, CShellReal.dll, Lithfix/, etc..)

Disable any custom rez files in Advanced -> Custom (Like modernizer.rez!) and make sure the command line says:

That will make it load from the folder called Lithfix instead of trying to load a .rez file.

Odd that it works in one, but not the other though! Hopefully those steps will fix it for you!

So the NOLF version is basically WidescreenGOTY + framerate limiter and mousefix?

Yep! The bare minimum to make the game playable without touching it too much.

Thank you very much for this nice patch!

Running Beta 1 with my original NOLF GOTY CD. Works very nice. It was the only thing that prevented me from playing this game again.

I do not mind running it at 4:3. Game is designed for that resolution anyway. Enjoying it as it was many years ago. ;)

For some reason, in the Beta 2 version, the mouse is way to sensitive for me. That's why I'm running Beta 1 at the moment. Also could it be that the mouse sensitivity option isn't working? I have fixed it for me by using the DPI settings of my mouse.

Still, enjoying the game again after many years :)

Although I heard of problems with underwater sections. Going to find that out later...

Glad it works well! Beta 1 mouse sensitivity didn't work all too well, so it's "fixed" in beta 2. But I guess it's not all that fixed if you're running into issues. Hmmm.

I'll have to look into sometime! But there wasn't any major changes between beta 1 and beta 2. Just the mouse stuff!

And if you have underwater problems try using dgvoodoo2. That should clean it up. It might slow down the game when you have your flashlight on though.. 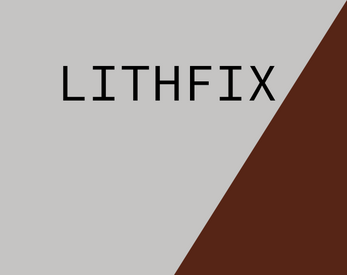